Stress and fear. This is how most of the general public felt after Boris Johnson called for a lockdown on Monday night. Now, add long hours, risk to health and vague communication to the mix and this is only a small part of how volunteers and workers have felt each day on the frontline. Hospital priorities are shifting towards the national emergency of Covid-19 and in the UK the pandemic has barely reached its peak. We shouldn’t feel worried about a lockdown. We should feel it’s necessary.

Let’s turn the clocks back. Bars and clubs were still opened up to ignorant paying customers, ignoring governmental advice to avoid social gatherings for their burning desire to go clubbing on a Friday night. People weren’t thinking of the outcome of their actions. My phone lit up. “Fancy going out tonight?” a friend sent to me after previously complaining that they felt ill and ‘might’ have Covid-19. No thanks. Nightclubs were still bursting with people irresponsibly making-out with strangers on the dance floor and potentially spreading the illness to the vulnerable. Doesn’t sound very sensible, does it?

As the New York Times says: “Should I still be going out? No.”

Here’s an entire column from the New York Times. Via @roemcdermott pic.twitter.com/qpqN0ESNoF

The message couldn’t be simpler. Somehow along the way, this message must complicate itself into cryptic code that socialites cannot decipher. As the nightlife venues of the UK opened their doors for the very last time on Saturday evening, hundreds piled in for their last pint, showing off their selfish decision to their followers on Snapchat and Instagram. Now is not the time for proving to your online following that you have a social life. Now’s the time to show you’re responsible.

As the clubs and pubs closed their doors, the evenings in towns and cities we live in are quieter and darker than most people have seen in their lifetimes. The risk in the night is no longer there. Despite this, it took the official ban of venues to be closed for people to listen. Words were not enough.

As the sun came up a few days ago, the rules of social distancing were once again forgotten. In coastal counties, tourists flocked to go out and socialise by the sea. People picnicked in parks, on beaches and Snowdonia National Park had its busiest visitor day. People still considered all self isolation guidelines as optional. As the public ignored the essential advice, they were oblivious that we were on track to surpass Italy’s death toll if we don’t stay at home. 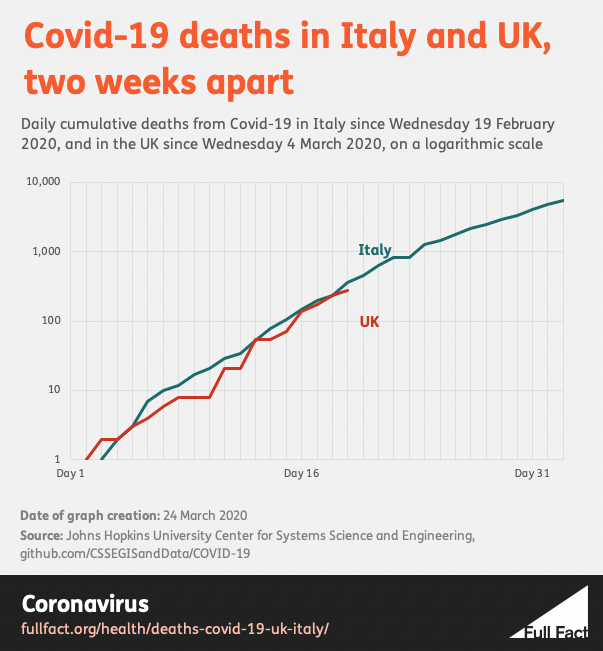 Now with official harsher bans and regulations, once again words might not be enough. Following Johnson’s announcement, people messaged: “I can’t be trapped with my family for three weeks.” Seriously? The more excuses we make on why we can’t follow these precautions, the more we ignore these rules, the more likely it is that even harsher restrictions will be put in place.

But the NHS are putting in the struggle. Why can’t we? Jemma Hextall, one of many final year nursing students having to leave uni months early because of the crisis, said:

“I am still on placement and they are looking at registering 3rd years temporarily to help out frontline nursing staff… I can’t go home to see my family as I would put them at risk.”

On the day following the lockdown announcement, the Government sought for 250K more NHS volunteers as the UKs death toll rose to 422 overnight. Not only are nursing and medical students volunteering in this hectic time, now retired NHS workers are being called to put their health at risk to return to the frontline.

“For volunteers, communication is regular but vague no one really knows what’s happening. We were given 1 hour to move 22 patients to another ward to free up the current one for Covid patients if needed. It is extremely stressful to not know what’s happening and I have no idea what will happen with my degree.”

Meanwhile, as essential workers of all ages are putting everything on the line, the public are still lacking urgency and compassion.

People still aren’t taking social distancing in public areas seriously but instead exposing others by going out and buying non-essential goods. In London, the city in the UK most at risk of infection, the tube remains congested with commuters ignoring restrictions to stay at home unless necessary.

I have absolutely no idea why the Coronavirus infection rates are so high in London. pic.twitter.com/b2rzi7iMhW